Horses don’t hate camels. They are in fact, afraid of that unusual pungent smell. Horses have a strong sense of smell, they get scared by a huge creature standing next to them smelling weird. 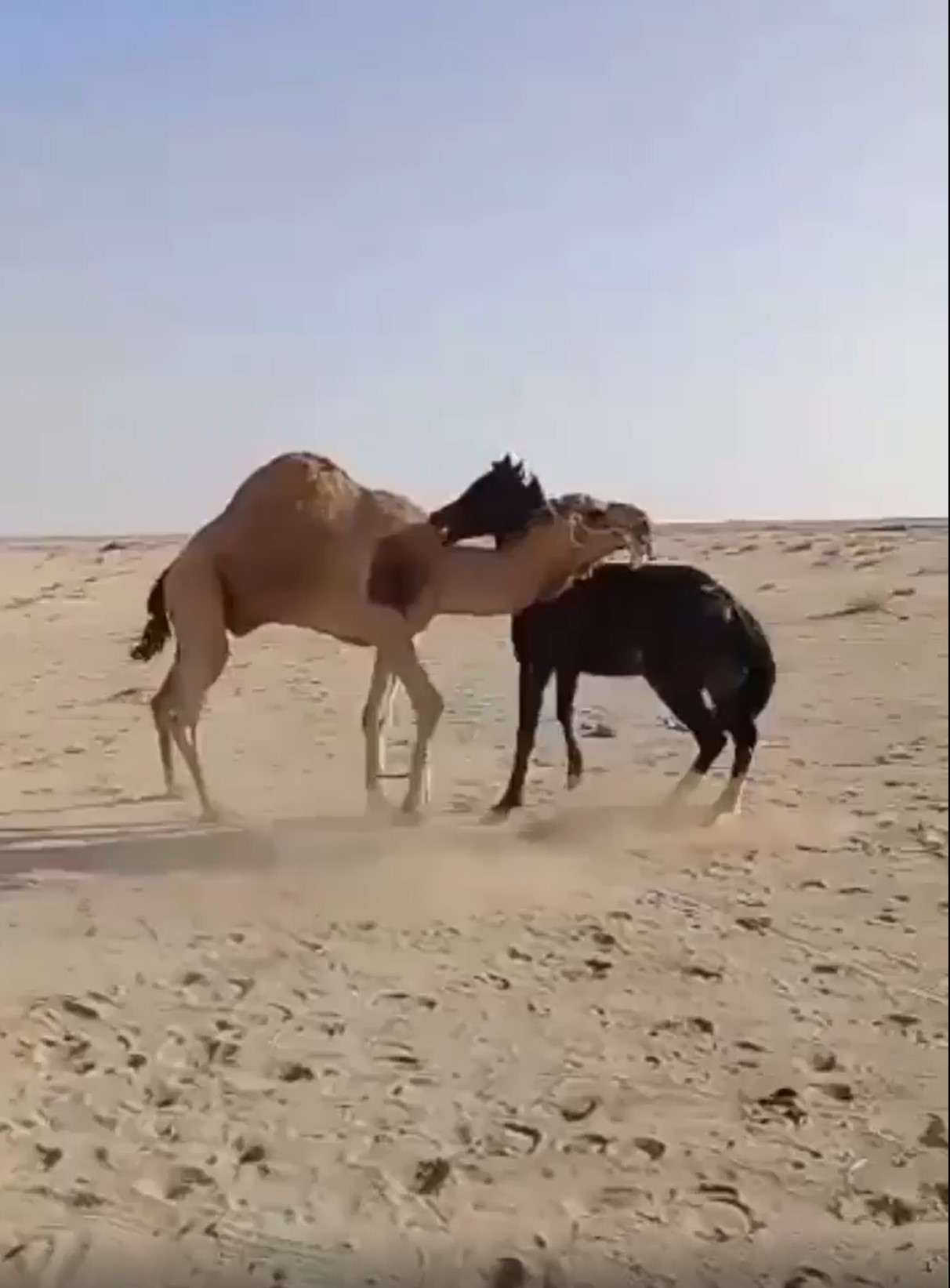 But horses will spook at anything they have not seen before, like camels, for example. It’s not hard to imagine horses seeing camels for the first time, and thinking they are the strangest creature, victims of torture, aliens, or who knows what else goes through a horse’s mind. But which of these animals is faster? Well, that depends entirely on how far you are going. It will take a camel longer to do it in any one day, but it can cover more ground day after day after day after day than any horse can. This is particularly true on sand or in arid climates where horses would suffer terribly from lack of water – and be reduced to the walking speed of their riders. This is the reason that Arabs kept and bred both. They used horses when immediate speed was necessary and camels to spare the horses (and carry their water, in addition to everything else) over longer distances when you wanted to arrive with your horse, not on death’s doorstep.

Each animal evolved for different survival strategies: the horse survives through herd dynamics and running very quickly away from danger, and the camel by living in extreme enough environments that there are very few predators. So the answer of which is strongest would depend on the environment and the task at hand, as well as what kind of equine you were comparing to the camel. 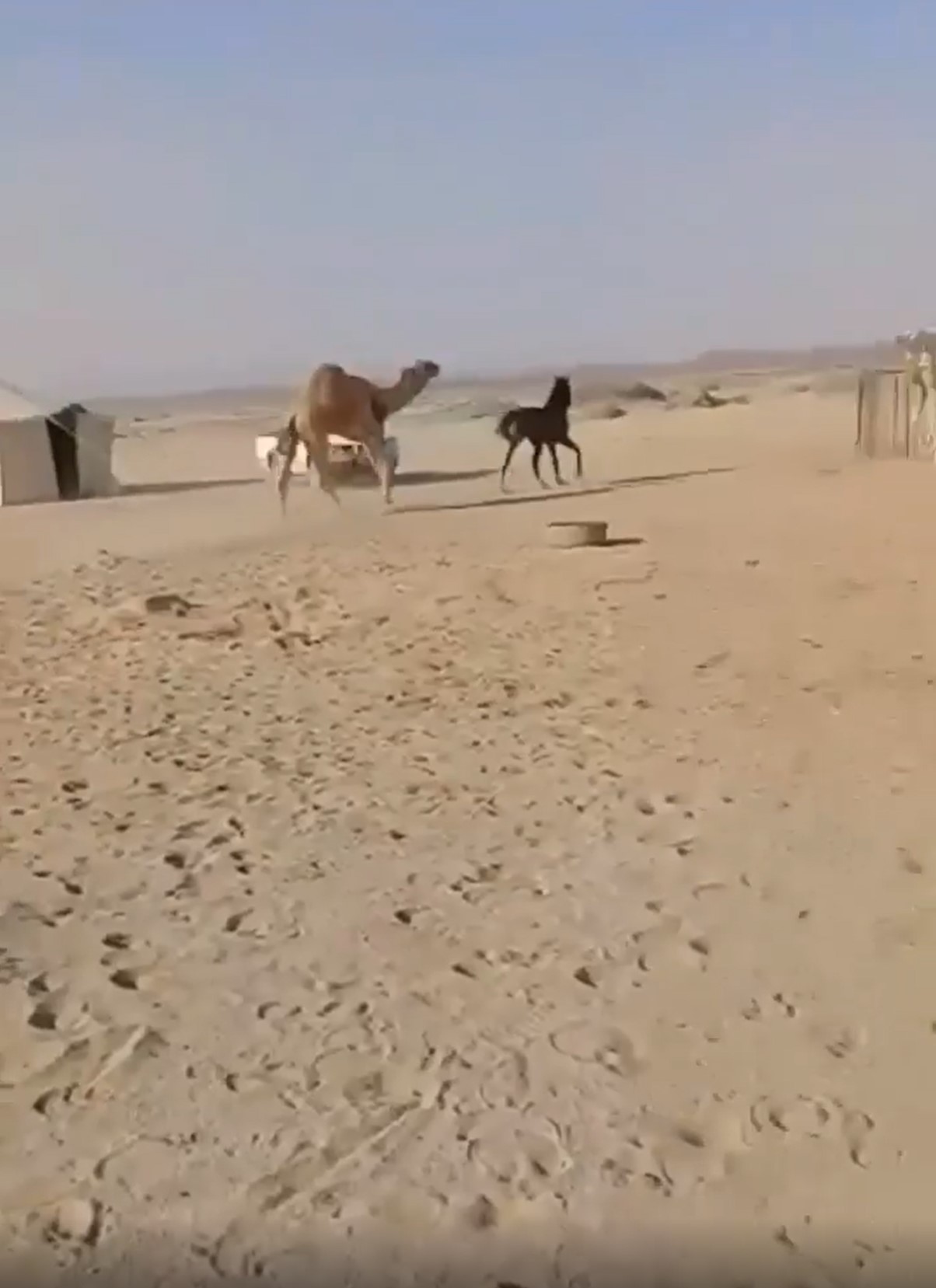 But as we can see in our video, many times they are not really dangerous for each other. They can play fighting, and that may seem scary because they are very big and strong animals. But these are the only differences between, let’s say, a horse fighting a camel and a dog fighting a cat.